The university ecosystem of tomorrow 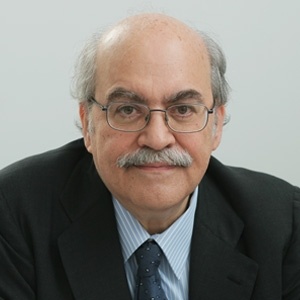 Andreu Mas-Colell earned his PhD at the University of Minnesota. From 1972 to 1996, he was a professor at the universities of California Berkeley, and Harvard. From July 2009 to August 2010, he was the general secretary of the European Research Council. Currently, he is emeritus professor at the Universitat Pompeu Fabra, president of the Barcelona Institute of Science and Technology (BIST) and Emeritus Research Professor of the Barcelona School of Economics. PhD honoris causa from the universities of Alicante, Toulouse, HEC Paris, Universidad Nacional del Sur (Argentina) and the Chicago University. Minister of Economics in the Government of Catalonia from 2010 to 2016. Previously, he had also been Minister of Universities, Research, and Information Society (2000- 2003).

The framework for this article is the general backdrop of debate about the public policies needed today to ensure that our universities are in the best possible state to keep pace with the developments envisaged in our society and our economy. In a 2008 paper about the panorama of European universities (Higher aspirations: an agenda for reforming European universities, Bruegel Blueprint) which I co-authored (along with Ph. Aghion, M. Dewatripont, Hoxby and A. Sapir), we found a positive correlation between the performance of a given university and the extent of its autonomy and the funding received. There are no reasons, in my opinion, to believe that the situation has changed much, so I will not repeat the recommendations of that paper here.

Two phenomena that are making a profound impact on the meaning of university, and which will lead to structural changes, were not given sufficient consideration 14 years ago. One is the speed of change of knowledge and technology, as a result of which life-long learning is crucial; and the other, the fact that the cost of very effective, long- distance communications has fallen practically to zero. The future of our universities will depend decisively on their ability to adapt to and even keep ahead of these exogenous clashes. As I aim to show, this calls for organisational models to be diversified and for university autonomy to be overhauled to enable them to experiment and try things out (and this also requires autonomy). There is no need for new legislation designed to create a framework for a future as yet unknown or, even worse, to curtail the future in order to retain traditional models. The best legislation that could be promoted at the present time would be legislation giving universities freedom. This has always been important but is particularly important now because, as I will explain, it would make our university scenario far more competitive. The impact of inflexible, exhaustive regulations has been negative in the past and could be even more so in the future. Any attempt to create a legal definition of a university “system” would be counterproductive. A better word for it is “ecosystem.”

Travelling in order to communicate with others is expensive. A purely virtual university takes this to its logical conclusion and eliminates all physical movement. Students, teachers and administrative staff are scattered around the globe. The university is merely an online platform for teaching, assessment and accreditation, the only little blip being perhaps a face-to-face meeting (possibly for assessments). Such universities would offer a wide range of products: some of long or short duration, or one or two days; new or refresher courses; for young, middle-aged or senior students, etc. It is very likely that the price/quality relationship of products would vary too. Other things being equal, the less expensive products would probably be standardised whilst more expensive ones would include individual attention by tutors.

A university’s reputation would depend on two factors: the technical capabilities and quality of its full-time or, as often is the case, part-time teaching staff. The appeal of the on-line platform itself would leave a very good impression. Good teachers would seek to be associated with other good teachers – talent attracts talent – and students would also flock to talented teachers too. It is highly likely that expensive, exclusive courses would be created, and students would therefore undergo a selection process. But there would also be other, less exclusive courses with less selective entry. Providing the quality is optimal and proportional to the fees charged, the fact that a single university offers this variety alongside other formats would not necessarily be a problem.

Scalability is an important feature of this model. The marginal cost of an additional student could be minimal. This could lead to the existence of just a few large or very large virtual universities. One should, in any case, expect different levels of reputation: the most acclaimed universities would be sure to put extremely prestigious persons (professors) in charge of their flagship products.

It must also be said that these universities will often be direct competitors of other universities around the globe. They may, however, also work with them or provide services for them.

Traditional universities had a nucleus that teachers and students would gather around, like bees around a honey pot. The nucleus consisted of a great infrastructure, the library, that agglutinated a university community that interacted, as a whole, in many ways. It is no exaggeration to say that the unifying force of the library was what created the compact university and, in many cases, the university city. This factor no longer exists. Thanks to the internet, universities no longer need a brick-and-mortar library: they have a permanent one in the cloud. Is this the end of the compact university? Are we headed inexorably for a completely virtual university? Obviously not, because an infrastructure that unifies the surrounding university community will continue to be valid, even though the infrastructure consists not of a library but of equipment and research infrastructures such as laboratories, animal facilities, particle accelerators, etc, or infrastructures not primarily for research but necessary for it, such as hospitals and museums. In short, research slows down the complete virtualization of a university considerably. It ensures a physical core that attracts and agglutinates talent and which, naturally enough and as part of the reproductive process of talent, will include education.

3.  The ‘pure’ model of the liberal arts college (LAC)

Infrastructures are not the only obstacle that prevents the optimisation of the mobility factor from leading to complete virtualisation. There is another obstacle. The quality of virtual communications is now excellent and enables many types of formal and informal interaction, such as seminars, workshops etc. We do not know to what extent face-to-face interaction will actually be replaced, because it is not just a matter of technological possibilities but of how they tally and resonate with humans’ cognitive and emotional traits, and we won’t find out until we put it into practice. It will probably go a very long way but in my opinion, in order for the educational process and experience – including a considerable cohort definition factor – to be truly effective and enriching, a minimum degree of face-to-face interaction is needed. Body language in a group and conversations over a glass of wine (the origin of the Greek word “symposium”) are more satisfying than via a screen. One result of this suggestion is that first-rate, life-long education may be virtualized to a considerable extent but it will involve periods of face-to- face contact. In particular, looking at the phase that follows compulsory education, usually known as “basic further education”, I believe that the American LAC model will not only survive but become more widespread. Programmes involving small groups, and lots of discussion topics, with teachers who above all encourage reading and facilitate discussion – all very well organized with a view to creating a vector in which students can acquire knowledge and mature. A vector which, incidentally, will last and can also be nurtured within an LAC format over one’s lifetime. For the same reason, it will feature periods of intense, face-to-face learning that may be long (e.g. certain master’s degrees), short (summer or winter courses) or very short (a weekend, one evening).

One important comment, particularly when weighing up the financial feasibility of an LAC project, is that the teacher mostly in charge of it should not be a researcher who only teaches part time. It must be a full-time teacher. Lectures given by prestigious speakers would still be important, but they would be virtual, remote and possibly open access. Face-to-face interaction will be with specific teachers.

The universities of tomorrow will be combinations of the three “pure” types described above. Some universities, including new ones and others that have evolved from existing universities, will undoubtedly be 100% online. According to Schumpter’s concept of creative destruction, waves of innovation driven by technological disruption facilitate the creation and consolidation of new companies.

Even so, I believe that 100% virtual universities will not be the main format, or at least not in the most prestigious segment. This is because big, traditional universities have a competitive edge in two respects that enable them to easily shift their activities on line. One is the crucial role of the brand in the credentials of education, something that big, traditional universities have already achieved. Such brands have a great appeal for teachers and students. The other respect, in keeping with Schumpeter’s reasoning, is that the destruction factor that prevents established companies from innovating, i.e. simply their concern about cannibalising their own market, is not very significant in this instance. A highly prestigious, traditional university can offer new on-line products without much risk of jeopardising the demand for its face-to-face products. In other words, without much risk of devaluating its brand.

I also think that traditional universities that now have liberal arts colleges will continue to do so. But I must say that the logistics of the educational process should involve the creation and spread of many liberal arts colleges not necessarily linked to research universities. It would be advisable not to pose obstacles for this. At this point, the topic of this paper raises its head once again: over-regulation in an increasingly fast-paced, competitive and global environment is suicidal.

*This article has previously been published in IEB Report 2/2020 Barcelona Institute of Economics.