Why should I study in Bologna? 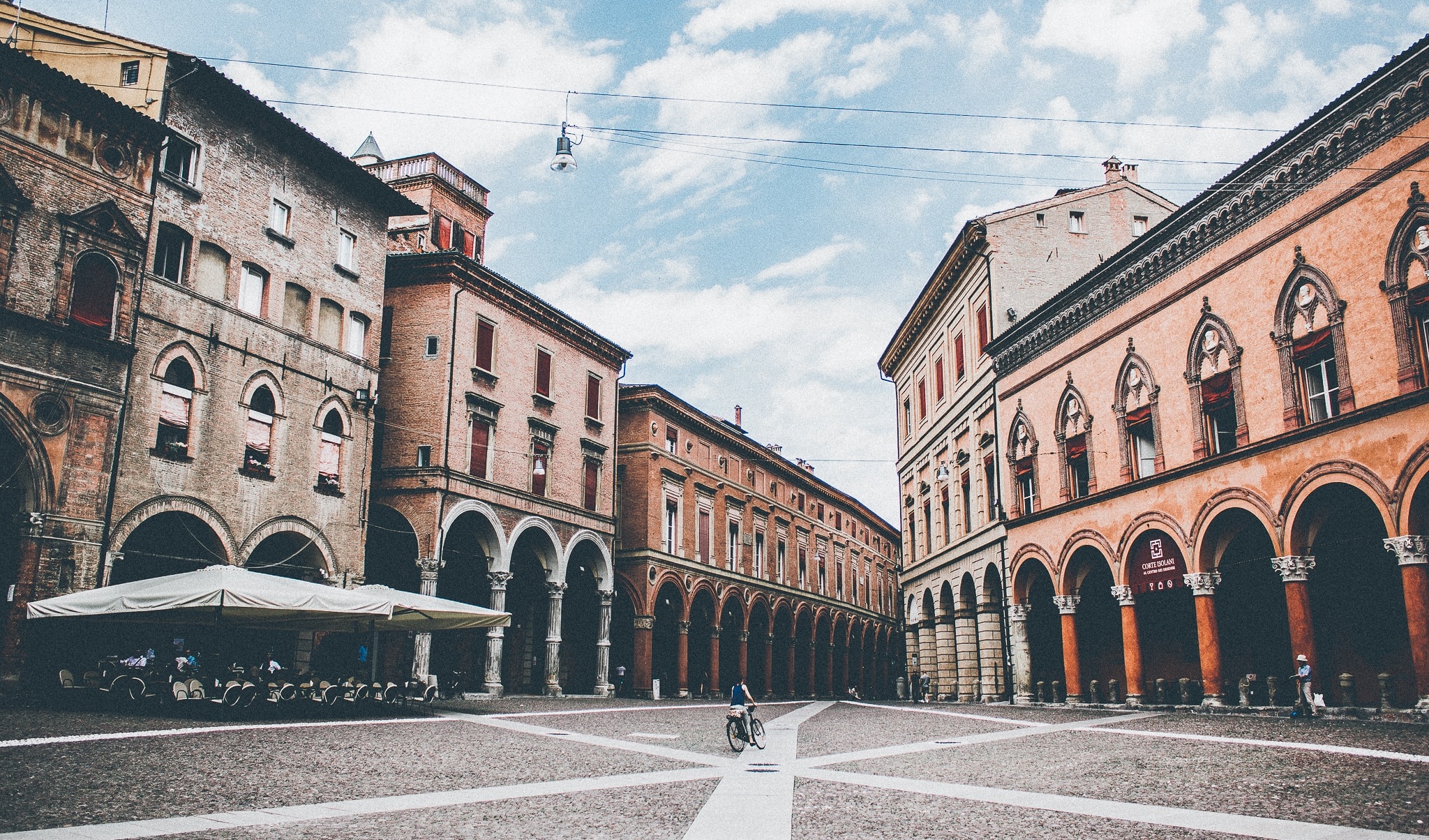 In early classical times this was an independent Tuscan city called Felsina, but was renamed Bononia (a derivative of Celtic bona 'foundation', 'settlement') when it became a Roman colony in 190 BC. Bologna is also called la grassa (‘the fats’) because of the rich food for which the city is famous. Other nicknames are la rossa (‘the red’) because of the red bricks of the houses and prevailing political direction. Additionally, it is also known la dotta (‘the scholars’), because of the famous university.

Bologna is the seventh most populous city in Italy, at the heart of a metropolitan area of about one million people. Currently, around 400,000 people live in the historic capital.

To study in Bologna, Italian language skills are required, if you want to study a programme in Italian language. Therefore, a language test can be taken by one of the members of the CLIQ (Quality Certification of the Italian Language). For programmes that are offered in English an Italian language test is not necessary, but it is required to show a valid English language certificate. To receive an English language certificate like the IELTS (International English Language Testing System) and TOEFL (Test of English as a Foreign Language), four parts of the language are tested, including: reading, listening, speaking and writing. For more information on IELTS, or TOEFL, click here.

The University of Bologna is said to be the oldest university in the Western world. Established in the year 1088, it is renowned for preparing such students as Dante, Petrarca, and Carducci and, more recently, for having in its employ as professors the author Umberto Eco and the former Prime Minister Romano Prodi, to name a few. With such famous students, you might find yourself inspired to be the next great

Safety is an important point to consider when studying abroad. According to the current Numbeo Safety Index, Bologna has a score of 53.15 – ranking it at number 262 of 461 cities globally for safety.

Bologna has a reputation of being a gourmet paradise. It is the capital of the Emilia-Romagna region, home to some of the best-known pasta dishes as well as meat, cheese and wine specialties. Bologna also offers a lot of historical and cultural attractions, and was named a ‘UNESCO City of Music’, due to its rich musical tradition and history.

The cost of living can play a major factor in deciding where to study. Aside from tuition fees, students should consider the local cost of living – including items like housing, food, and social life. According to the current Numbeo Cost of Living Index, Bologna has a score of 66.43 – ranking it at number 187 of 515 cities globally for the cost of living (the higher the ranking, the more expensive the cost of living is).