How can U-Multirank help me if I am thinking of starting a research career? 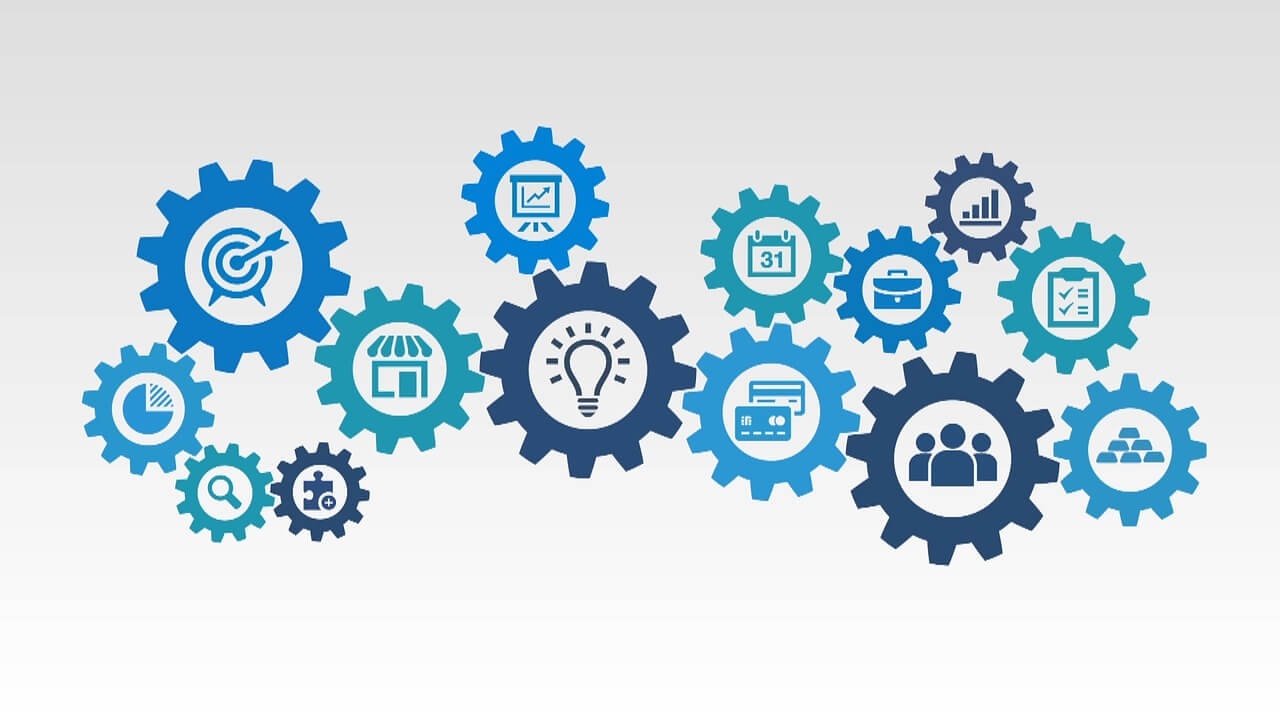 If you have completed your undergraduate studies, you may be interested in going into a specific area in greater depth, so a postgraduate degree can be a great option to continue specialising and perhaps even to start your research career. In this post you can find more information about the different types of postgraduate courses that are available.

U-Multirank offers you the possibility of selecting the indicators that best guide you into the world of research; what’s more, you can also compare universities located all over the world. Bear in mind that, when you decide to embark on an academic career, it is essential to spend some time abroad to establish collaboration networks both to broaden your knowledge and to lay firm foundations for your future.

To give you some idea, the quantity of publications is one of the most widely used indicators to measure and compare the capacity of different countries to produce academic results. Chart 1 shows 40 OECD countries together with a group of emerging countries (Brazil, Russia, India, Indonesia, China and South Africa) ordered according to what percentage of the worldwide total of scientific publications they produce. The United States accounts for almost 24% of world output, closely followed by China with just over 18%. Next, though at a certain distance, appear the United Kingdom (7.28%), Germany (6.33%) and India (5.33%). 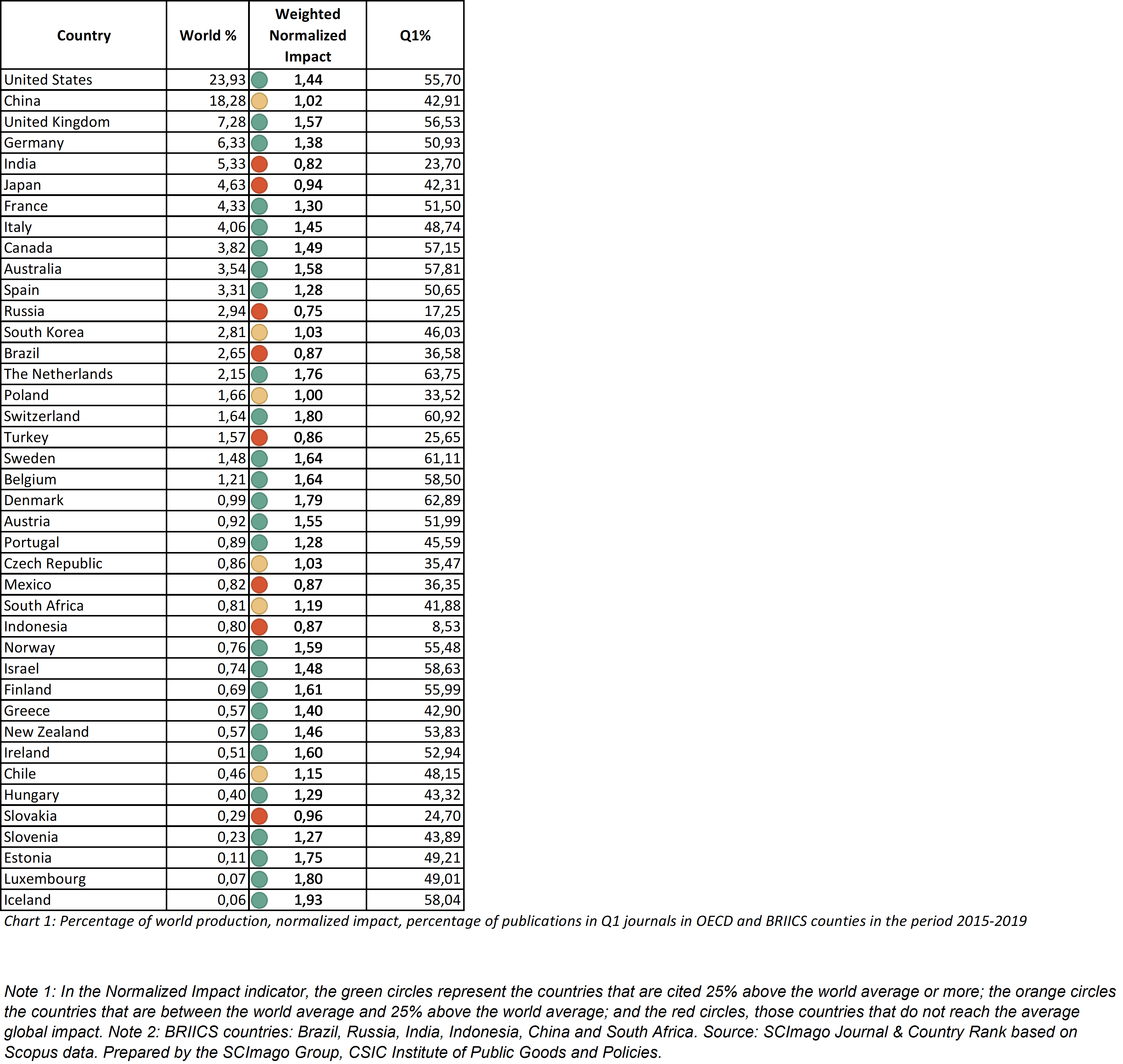 Apart from the volume of production, there is another indicator that can be analysed providing an approximate measurement of the ‘quality’ of these publications. Known as the ‘weighted normalised impact’, this indicator shows which countries have an overall impact greater than the normalised impact in the world as a whole (reflected by green circles), around the world average, whose value is taken to be 1 (orange circles), or lower than the overall global impact (red circles). It should be pointed out that countries such as the Netherlands, Switzerland, Sweden, Belgium, Denmark, Austria and Portugal – although they are not among the top 10 producers in terms of quantity – cearly have a very high impact in terms of the quality of their publications.

In addition to producing considerable numbers of scientific studies, other countries such as the United States, the United Kingdom, Germany, France, Italy, Canada, Australia and Spain also manage to achieve a high impact through their publications.

The percentage of journals in the first quartile (Q1) also shows what proportion of the scientific output is published in academic journals that belong to the top quartile, that is those that are ranked in the best positions according to their impact factor (in other words, the group comprising the top 25% of the journals listed).

The Netherlands (63.75%), Denmark (62.89%) and Sweden (61.11%), in that order, are the three countries with the highest proportion of their output published in first quartile journals. These indicators give some idea of ​​which countries stand out most in terms of academic output, but U-Multirank can also provide us with information at the level of individual universities.

U-Multirank offers you the possibility of selecting universities taking into account how much they spend on research; they are classified in three bands depending on whether this amount is low, medium or high, which allows you to compare the performance of more research-oriented universities separately.

In addition, you can access our Readymade ‘Research and Research Linkages Ranking’, with which you can compare more than 1400 universities around the world according to a range of research indicators.

For more information, you can consult a more complete definition of each of these indicators and of all those included in the rankings of institutions and in those that analyse different academic fields.