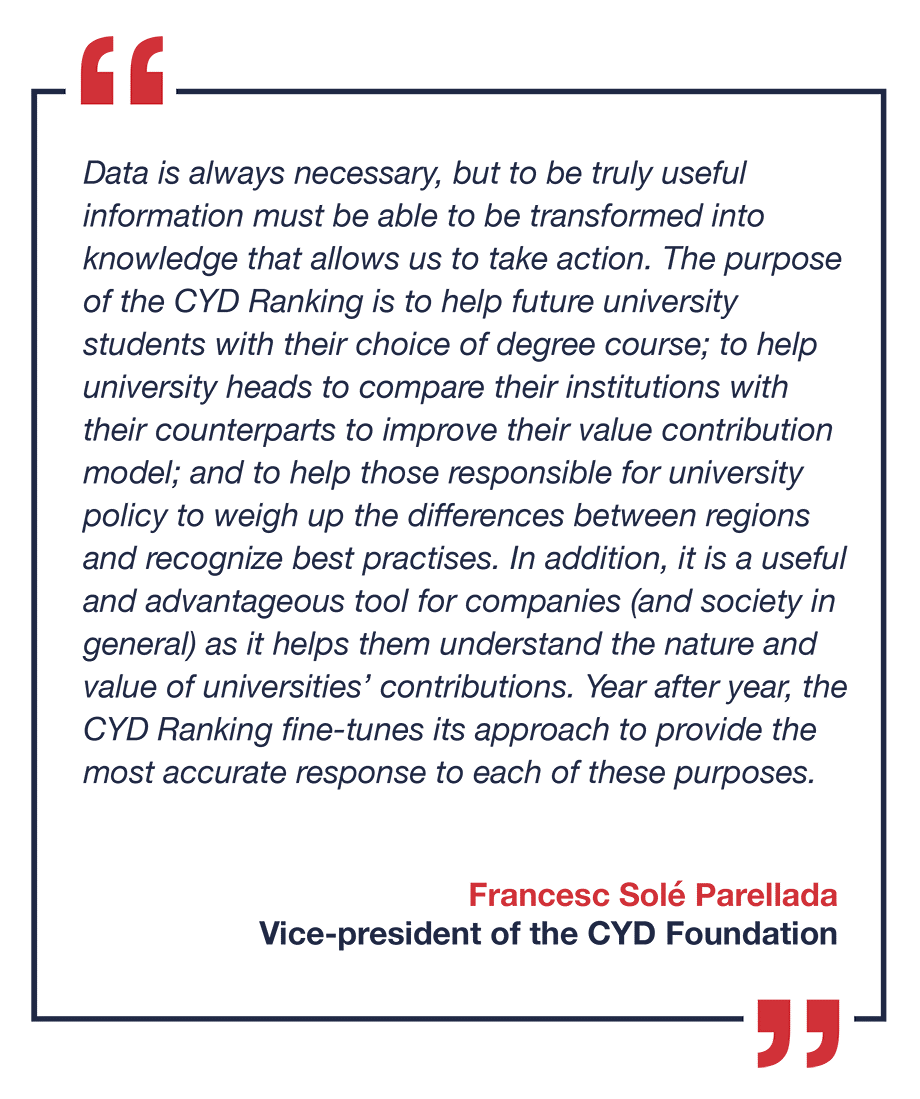 The CYD Foundation today presented the results of the seventh edition of the CYD Ranking, the Spanish ranking that features the highest number of universities, now available for viewing at www.rankingcyd.org. The presentation was made in the context of the current health crisis due to the coronavirus SARS-CoV-2 (Covid-19) pandemic which has forced Spanish universities to accept a much faster and more radical change: their digital transformation. In this challenging situation, the CYD Ranking provides a tool that helps to measure and compare all the universities by means of a multidimensional guide that assesses and compares both institutional performance and performance in the different areas of knowledge of each university featured in the ranking.

This seventh edition of the CYD Ranking has included, for the first time, indicators on job placement and the employability of university graduates so that students have access to comparative data on the employability figures of the degrees they decide to follow.

This information, which is included in the eight new/updated areas of knowledge for 2020 as well as the 17 areas from previous editions, also helps to steer students’ preferences towards the current needs of the labour market, and tries to reduce the gap between supply and demand in terms of qualifications and job opportunities. The inclusion of this information has been made possible thanks to the input of the Integrated University Information System (SIIU) of the Spanish Ministry of Science, Innovation and Universities.

In the eight new/updated areas of knowledge, the following universities stand out as having a higher number of high performance indicators in terms of employability:

Since 2019, the CYD Foundation has been part of the U-Multirank consortium, a tool that analyses universities worldwide, whose latest report will be presented on Tuesday, 09. June 2020, at 10:30 CET. The tie-up of CYD Ranking with U-Multirank means that Spanish universities can be compared with 1,760 universities in 92 countries which allows the role of the Spanish university system to be determined more precisely within an international context in general and a European context in particular. Among the total universities on this multidimensional ranking, 76 are Spanish (the same ones that appear in the CYD Ranking). 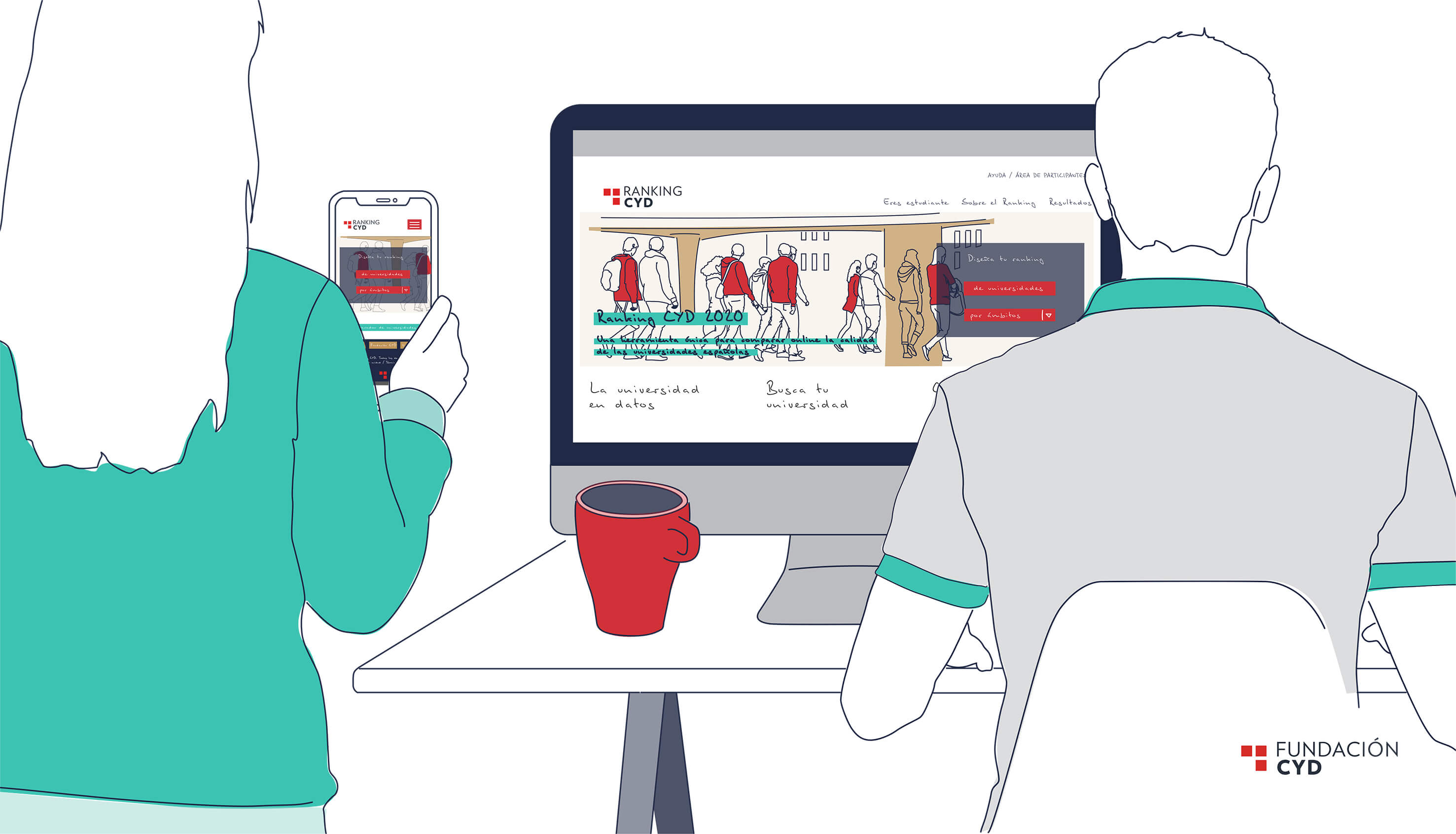