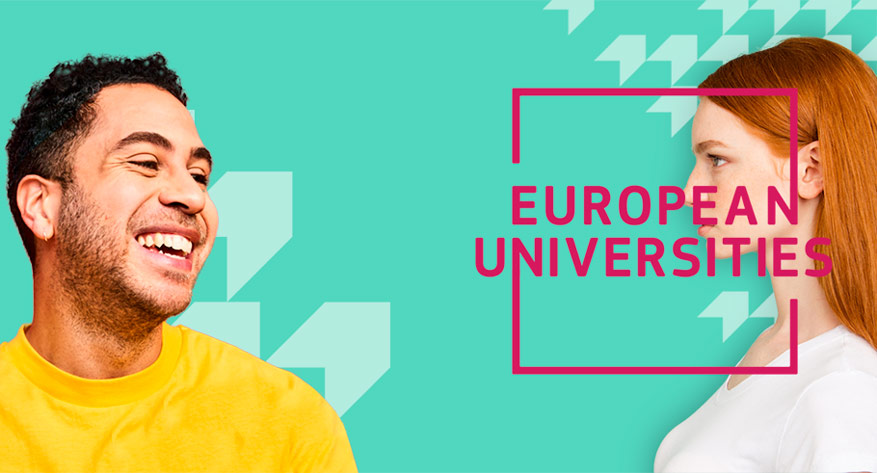 Shortly before commemorating the twentieth anniversary of the Bologna Declaration (1999), Europe recognised that progress had been made towards achieving convergence within the university system, but there were still many challenges to be overcome. While it is true that its higher education policy is widely seen as being one of the most successful (together with the introduction of the euro) for creating a widespread pro-European feeling, student mobility numbers were and still are considered rather low in spite of investment in the Erasmus+ programme; moreover, degree syllabuses have so far failed to incorporate the goal of convergence; at the same time, the systems for recognising courses studied abroad were and still are extremely bureaucratic; and it is still very difficult for universities in different countries to collaborate in order to design joint programmes. Furthermore, it is widely recognised that there is an urgent need to focus graduate training on European and global challenges, such as the Sustainable Development Goals and the Green Deal.

With these aims in mind, in December 2017 EU leaders prioritised the target of achieving a European Education Area by 2025, in which learning mobility is envisaged to be the norm rather than the exception, in which universities are able to work seamlessly across borders, in which speaking two languages in addition to one’s mother tongue is normal, in which school and higher education diplomas are automatically and mutually recognised, in which everyone feels they belong, regardless of their background; ultimately, a situation in which Europe could truly become a continent of excellence insofar as both education and research.

With the stimulus thus provided by the Council of Europe, in October 2018 the European Commission launched the European Universities initiative.

‘European Universities’ are transnational alliances between higher education institutions whose aim is to develop long-term structural and strategic cooperation, not only at the level of education, but also to promote research, development and innovation. These partnerships seek to create a European inter-university campus, where students, professors and researchers can study, teach and carry out research at the different universities included in the alliance of which their university forms a part of, thereby creating transnational interdisciplinary teams to address the major questions facing Europe.

As a result of the 2019 and 2020 calls for applications, a total of 41 such ‘European Universities’ have been set up, in which 280 higher education institutions from the member countries of the European Union, as well as Iceland, Norway, Serbia, Turkey and the United Kingdom, are involved. The 280 universities reflect a wide range of profiles: from universities specialising in the applied sciences, technical subjects, fine arts as well as research-intensive centres.

As the European Commission stated in September 2020, the higher education system has demonstrated its resilience to cope with the consequences of the pandemic, and the European Education Area and the European Universities initiative are set to be the best way of ensuring that the objectives that the pandemic has made even more necessary are accomplished:

Since they were created, these partnerships have put several initiatives into practice within the framework of the objectives mapped out.

In the field of education, various alliances have designed and are accrediting joint programmes, mainly first degrees and master's degree courses, but also doctoral programmes. These initiatives have further highlighted the difficulties and obstacles that are currently restricting inter-university cooperation, among which the diversity of approaches adopted by different countries’ legislation stands out.

In the field of research and innovation, there have been initiatives aimed at developing a common agenda, at sharing research infrastructure and other resources, at strengthening cooperation with the business sector, at integrating Open Science practices and at ensuring the full participation of individual citizens, civil society and public and municipal authorities in research and innovation.

In terms of university governance and organisation, these partnerships are exploring a range of formats to fulfil the objectives concerned. Nevertheless, even though they have designed or are designing different models (governing bodies and decision-making systems), there is, in fact, considerable consensus that there is a clear need for a legal entity that might better fulfil the objectives set out in the initiative.

The impact of this initiative on the European university system is likely to be far-reaching. Although at the moment only 5% of European institutions are involved in the project, and despite the fact that the Commission has announced that it wants to double that proportion, it is still a small group compared to the total number of universities in Europe. However, it is also true that the centres involved have a noticeable impact that will ultimately benefit the European university sector as a whole.

As a sign of European involvement in this initiative, the Council of the European Union meeting on 17. and 18. May 2021 adopted the Council’s Conclusions on the European Universities Initiative, reinforcing the need to build bridges between higher education, research, innovation and society as a whole and recommending that cooperation should be stepped up between education authorities, higher education institutions and stakeholders in order to remove obstacles to cooperation at a European level. In this respect, they suggest that the need for and feasibility of joint European degrees should be studied within the ‘European Universities’ partnerships.

The response of universities to the challenge posed has been of such magnitude that it has given rise to increasing activity on the part of Member States and other interest groups to take advantage of and promote the initiative.

The challenges are many and highly complex. Clearly, the energy required for such an ambitious transformation is enormous. However, the steps taken in such a short time by the European Commission and the Member States, together with the commitment of the university community provide a positive first impression.